What is the Most Effective Sound Booth Design? 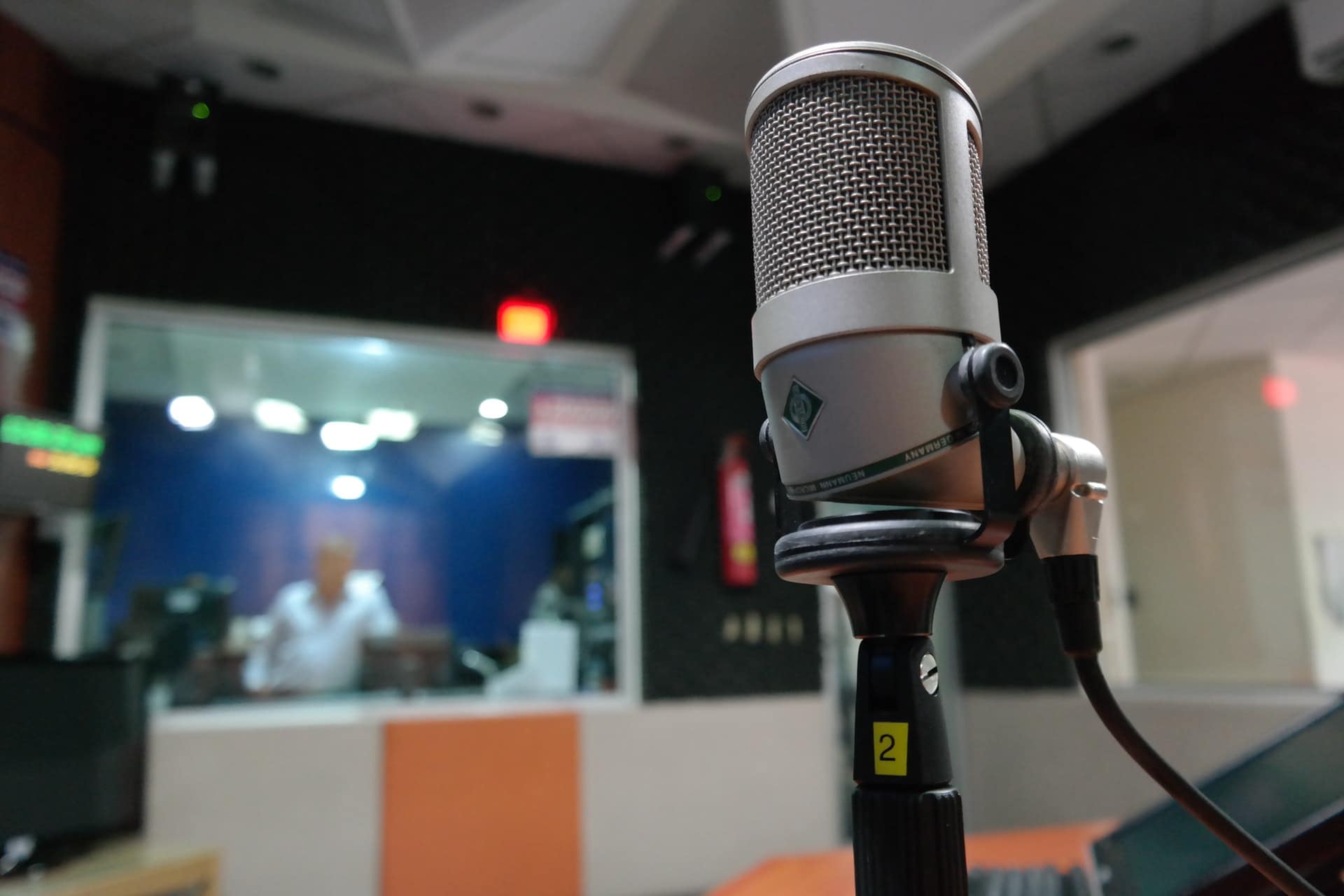 Have you ever walked into a sound booth for a hearing screening and wondered how the silence of the room feels so deafening? Sound booths have many uses, including hearing screenings, radio studios and recording studios.

Sound affects every aspect of our lives, including the way in which we communicate with each other, musical instruments, concerts, stereos, hearing aids, and much more. Sound is often defined as a pressure wave created by a vibrating object. To understand the design of sound booths, you must be able to understand the science behind them.

The Basics of Sound

Acoustics is oftentimes referred to as the science of sound. Alternatively, psychoacoustics is the way in which we perceive sound. Acoustical engineers can design devices that convert energy from one form to another. This includes microphones, earphones and loudspeakers.

Vibrations set air in vibrational motion, then transport energy through the air. This means that sound can only travel through certain conditions.

Sound waves are longitudinal, meaning that they vibrate in the direction it propagates from. Sound waves can be produced by any vibrating object, whether this be our vocal cords, a loudspeaker or an engine. This causes an interference to the surrounding air molecules, which then bounce off each other. The back and forth motion of these molecules result in sound waves. When sound hits a surface, some of it is absorbed, some of it is reflected and some of it is transmitted through the surface. Additionally, it is also important to note that sound waves travel in the form of a traveling wave and have a constant speed. Opposite of a traveling wave is a standing wave, or stationary wave, meaning that it appears to stay still, resulting in silence. The key to producing standing waves in a sound booth is interference, or a disturbance between the original sound and waves reflected off of it.

Frequency is known as the number of oscillations, or the amount a particle vibrates per second, and is measured in Hertz. Humans can hear around 20 Hz to 16,000 Hz, though children may be able to hear up to 20,000 Hz. Our perception of frequency is pitch.

Inversely, intensity is known as the amount of power carried by sound waves. Humans’ perception of intensity is loudness.

One of the most important concepts to understand about sound booth design is the phase of a sound wave. Often, a phase denotes a certain point in the cycle of a wave, measured as an angle in degrees. This is not always audible, although is important in waves’ interactions with each other, whether this be acoustically or electronically. A sound wave is “in phase” when two waves with the same frequency combine and create a sound that appears louder. Oppositely, a sound wave is “out-of-phase” when two identical waves are 180° out-of-phase and therefore cancel each other out. The key to producing standing waves is interference between the source sound and reflected waves.

Sound is something that is very specific. This means that it can be easily disturbed or interrupted, causing something known as interference. For example, sometimes, taking a small step to the side may entirely affect a sound’s characteristics. This occurs because the sound and its reflections’ relationship is altered. During sound booth design, it is vital to use this interference to your advantage. Sound booths must be designed to produce waves that are out-of-phase in order to result in silence.

Sound booths are constructed much differently than a typical room. In a typical room, sound bounces back and forth between parallel surfaces which may result in an echo. Most home studios suffer from waves that are physically longer than the width of the room. This often results in increased volume and frequencies in order to match the room’s dimensions. It also can lead to dead spots in the room. A good example of this is a square room.

A certain type of space is required for a sound booth design to be effective. Sound booth design is like building a room within a room. This means that there is air space with no physical contact between the out and inside walls. Firstly, it is important to recognize that airtight construction is a key concept – thicker walls equal less sound. Sound is extremely similar to air and water, meaning that it has the possibility to leak out of the room. For reference, sound can leak out of gaps even as small as 1/32” and in some cases even smaller. Concerning the structure of the room, walls must be isolated from ceilings and floors.

When sound hits a surface, some of it is absorbed, some of it is reflected and some of it is transmitted through the surface. Often, dense surfaces like glass work as the best isolators whereas permeable surfaces like foam are best at absorbing the sound. We use high quality materials from professional vendors such as Auralex Acoustics. The most important concept to remember when using these materials are their purpose – to isolate the room. This means that studs in the walls cannot touch, as they will transmit sound outside the room if you do so. Additionally, you should keep in mind that using minimal isolation in the walls, ceiling and floor will prove to be more effective in the acoustics of the given space. Spaces that tend to sound the best, are small, mostly due to the fact that there is not much space for the sound to go. However, it is also possible to angle walls in order to minimize echo and reduce the amount of higher frequencies.

Within the room, it is important for your audio video provider to keep wire away from each other, rather than in big clumps. This includes audio, video, data and phone lines that may be close to electrical wires.

Of course, it is not a blog post about sound booths without mentioning sound proofing and acoustic treatment. Soundproofing is often done while the space is still in construction, whereas acoustic treatment is done to existing spaces. The intent behind sound proofing is to minimize the level of sound that travels in and outside of your space. This is most often done by blocking the walls with a dense, heavy building material. In doing this, sound is directly reflected back into the room. If you’re designing a sound proof booth, it is vital to ensure there is some sort of “pressure relief” inside the room to handle this energy. This type of sound booth is often used to make quiet office spaces, phone booths and meeting rooms. Alternatively, there is acoustic treatment, or sound blocking. Acoustic treatment’s primary goal is to solely control sound reflections within a given space, resulting in better quality sound recordings. With this type of project, there are different treatment types for rooms of different frequencies. This is usually accomplished by introducing large amounts of absorption at the front of the room which results in sound going straight to the listener’s ears. This is often done using acoustic foam to improve the overall acoustics of the given space. Spaces that usually require acoustic treatment are hearing screenings, recording studios, stereo and mix environment.

Sound booth design and installation can seem daunting, especially if you are trying to do it on your own. However, it’s always good to have a dependable source to lean on if and when something goes wrong.

Hugh’s Innovative AV Solutions has been proudly serving clients in the Hudson Valley and the surrounding areas for over 60 years. We have the expertise to help you with any of your sound booth design needs – whether that be the design, installation or management of your sound booth. That means that we can be there for you every step of the way.

Get in touch with us today and let us help you find the solutions you need!

← Best Placements for Digital Signage What Kind of Surveillance System Does My Building Need? →

Sign up for blog updates to learn more about the latest AV technology.