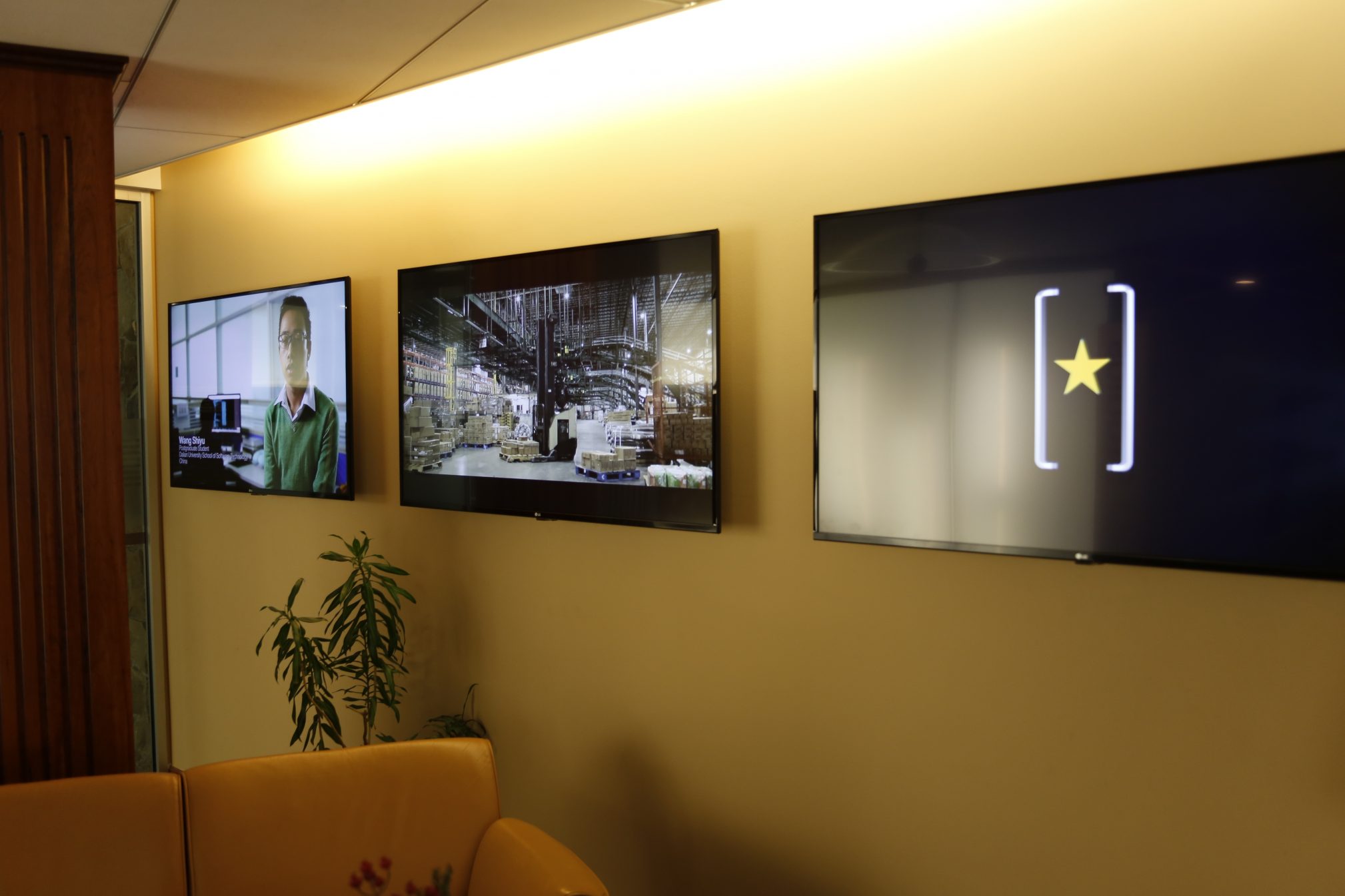 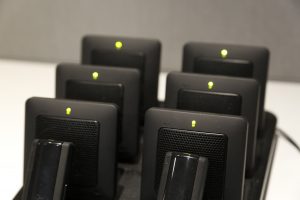 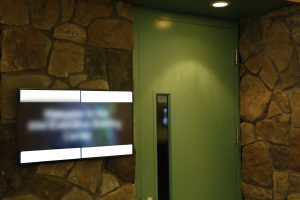 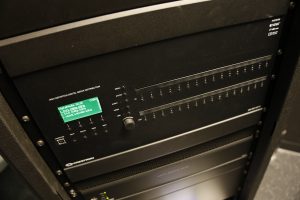 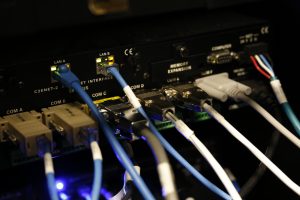 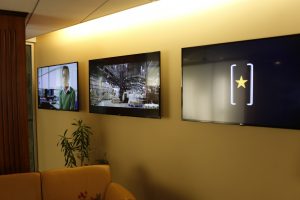 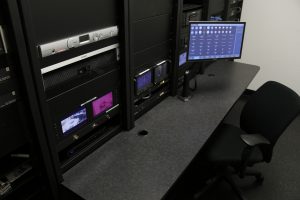 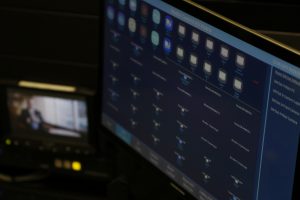 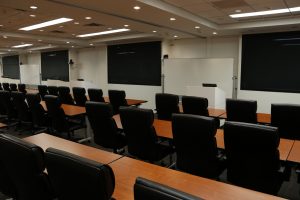 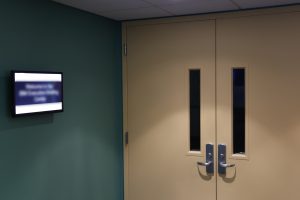 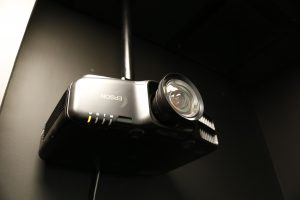 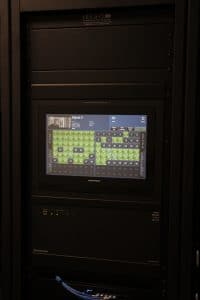 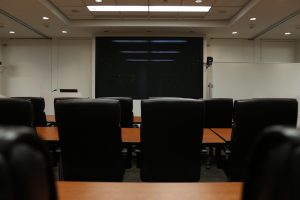 Back to Case Studies

Brief Description of the Location:

The Poughkeepsie Executive Briefing Center is located within the IBM Poughkeepsie main plant. It was built for IBM clients and business partners to offer briefings, training and worships for ZSystems, software, and cloud solutions. It consists of a client lobby, four dedicated classrooms for small private presentations, four multi-purpose rooms which are combinable into one area for larger conferences. All spaces are then monitored and controlled by a dedicated master control room.

The client expressed how the technology was dated using only standard definition which included projectors, rear screens, standard definition switchers, video conferencing, and various rack equipment. They wanted to save everything they could for the new system without sacrificing system quality for a new High Definition upgrade. The area also included a comprehensive Crestron control system which allowed each room to either work independently or to communicate to the Master Control room when a live operator was required. The entire system was integrated into their local intranet for remote management by the IBM staff. They loved the system and what it could provide for their clients, but it was time to modernize so they could highlight hardware and the cloud infrastructure.

Due to the fact they were so happy with the current audiovisual system, it is important to interview the client and staff to discover why they love their system and how it serves their customers. In our discoveries, we found that for the majority of the year, they had small intimate groups. Moreover, several times a year they hosted larger groups in which they opened the adjoining multi-purpose rooms that could facilitate these large meetings. Also, there were many guest presenters who use the areas with PowerPoint, which encompassed large images, excel with small text, video conferencing and they occasionally utilized audio from telephones.

Intrinsically, it was extremely valuable for our design team to build these features with expanded functionality into the modern design.  This project was very complex and the system needed to be flexible by combining different audiovisual scenario based on the room setup. We submitted a complete set of engineered drawings to discuss the project with the client.   This was very helpful for the client to trust the modern design and predict how they might use the new system.  These initial meetings set the tone for the entire project.

Stand-Alone Presentation: We identified the large format display as a system that was in need of an upgrade. Formerly, it utilized a rear-projection booth with a 4:3 – 100” single acrylic layer that had an attached rear Fresnel lens with produced poor viewing angles and light transition. In order to facilitate the new HD formats, we reconstructed the front of the booth to use a Stewart Film Screen StarGlas 60 16:9 – 119” screen. This screen is truly amazing and is made of pure glass that is ambient light resistant and stain resistant with exceptionally impressive contract levels. The projector was replaced with a 3LCD short throw high brightness projector which accurately reproduces colors for presentations and displaying client logos.

The existing rack and presentation podium was reused to save money, but much of the audiovisual equipment was replaced to keep up with today’s standards and user requirements.

It was extremely important that the base functionality on each room be left intact, signifying a completely independent mode without outside assistance from support teams. In order to facilitate this goal, we installed a large format touchscreen monitor that will act as the unified central for each room.  We made sure that the user is asked the correct questions to help them throughout the presentation.  This was accomplished through a customized interface design with direct input from the client, which resulted in a great interface with limited need for support training.

The interface allows for a preview of all sources before they have routed to the projection system an important requirement.  Undoubtedly, they have a myriad of sources to select from, including:

Next, we needed to upgrade the existing audio microphones to defeat room feedback and ventilation room noise issues. This was accomplished by using eight small profile discrete wireless boundary microphones which were placed in various locations based on need. One great feature of the specified microphones utilized is the alert beep which notifies the user that they are moving the microphone out of normal proximity – a feature that greatly reduces lost and stolen microphones. The base units that our team set in place last the entire day without a battery charge, which is important due to the fact that most of their training sessions last the entire day. When the conference is completed, all microphones will be neatly placed back into the charging base for the next presentation.

Master Control Room: Throughout large gatherings and high-profile events, it is necessary for the support team to assist, monitor, and support many simultaneous events at the same time based on need.  This may suggest:

In order to accomplish these multiuse events, in the master control room, we installed four racks of audiovisual equipment including control processors, digital signage processors, HD matrix switchers, and share source equipment. Understandably, a user could instantly become overwhelmed due to the complexity of the system, but this was taken into consideration during the design phase which greatly affected the overall design, position of equipment, and user interface control.

The system installed is easy to control, with a straightforward interface that is controlled by a 24” touchscreen, making complex functions easier to understand and therefore accomplished with ease. In order to monitor each space, we installed four small spot monitors at the seated position for easy viewing.  Unquestionably, each monitor and all room functions are controlled using the touchscreen which assuredly helps with support during presentations or instructor problems. During special circumstances, the touchscreen can take the system out of normal operation and route any source to any endpoint, signifying that it can handle anything that the presenters request.

Additionally, any presentation can be recorded digitally using standalone recorders which record presentations in 1080P and then can be copied to a standard thumb. Many times, these presentations are emailed or given directly to numerous attendees for their use.

Hallway Displays: During participant lunch breaks, the hallway spaces are utilized to capture the visitor’s attention which makes the time spent more enjoyable. Custom digital signage presentations featuring still images and videos are produced in-house by the client. It was determined that it was of high importance to capture the visitor’s attention, meaning that all time was productive. Likewise, it gave an opportunity to highlight the best practices for current and future purchases. Furthermore, it was important to maintain ease of use while still allowing each presentation to be to each client.

This was an enjoyable and challenging project that contained several subsystems working as one.